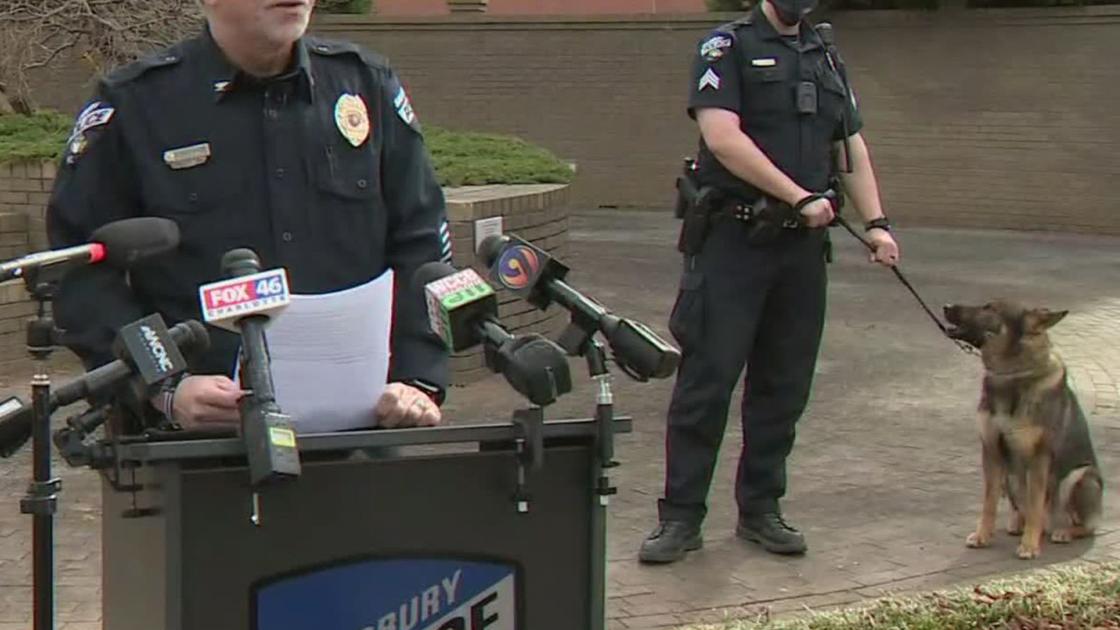 A North Carolina police officer has resigned following an internal investigation into a video apparently showing a K-9 being slammed and hauled into an SUV.

The Salisbury Police Department released the findings of an “extensive investigation by a third-party agency” that was completed last week. The investigation was conducted by US ISS, an investigative and security services agency.

Police would not release additional details about the incident, but a spokesperson for the city of Salisbury said Hampton joined the police department in 2013 and became a K-9 officer in 2015.

The incident took place during a police training. Hampton could not be reached for comment on Wednesday.

PETA has been vocal about treatment of the four-year-old German Shepherd.

“Salisbury has taken a step in the right direction by finally heeding the international outcry surrounding the dragging, hauling, slamming, and punching of a K-9 named Zuul,” Senior Vice President Daphna Nachminovitch said in a statement to NBC News. “Nonetheless, unanswered questions remain, including why this took five months and a viral video when other officers witnessed the abuse and some city officials were aware of it. We want to know when cruelty charges will finally be filed and what the Salisbury Police Department is doing to implement modern, humane training methods so that no other K-9s suffer as Zuul did. PETA looks forward to progress and transparency.”

Zuul is currently resting at a professional canine care facility and has received a clean bill of health, according to the police department. Salisbury Police Department has five K-9s and five handlers.

Officers must undergo 240 hours of training and be certified as a K-9 handler per the North Carolina Police Dog Association.